Rick Simpson Oil was developed by a man named Rick Simpson, who healed several of his own health conditions using the product.

Since its creation four decades ago, Rick Simpson Oil has treated thousands of patients seeking the benefits of medical marijuana.

MaximumYield explains Rick Simpson Oil (RSO)
Back in the 1970s, Canadian Rick Simpson suffered an accident that left him experiencing tinnitus and dizzy spells. He turned to marijuana as a treatment for his chronic conditions after mainstream pharmaceuticals failed to alleviate his suffering.

Eventually, Rick Simpson was also diagnosed with skin cancer and he turned to cannabis to treat the lesions. His cancer quickly disappeared and he became a strong advocate for medicinal marijuana. He went on to develop RSO as a way to help people suffering from a variety of medical conditions.

Unlike some forms of medical marijuana concentrates that feature high levels of cannabidiol (CBD) and low tetrahydrocannabinol (THC), RSO features enough THC in combination with low CBD to make the user experience a psychoactive experience when used.

Because RSO features CBD, THC, and many other active cannabinoids, it is considered more of a whole plant medicinal marijuana experience. RSO is made only from female plants that have a 20 percent or better THC level. After the extraction process, RSO typically boasts levels of 60 to 90 percent THC. Therefore, users unfamiliar with THC should start off with extremely small doses.

One of the easiest ways to ingest Rick Simpson Oil is placing a tiny dot of the oil in a gel cap. This method means you don't have to taste the oil.

RSO OIL IS USED TO TREAT THE FOLLOWING 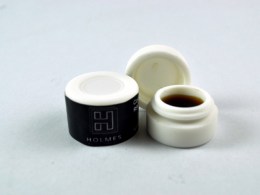